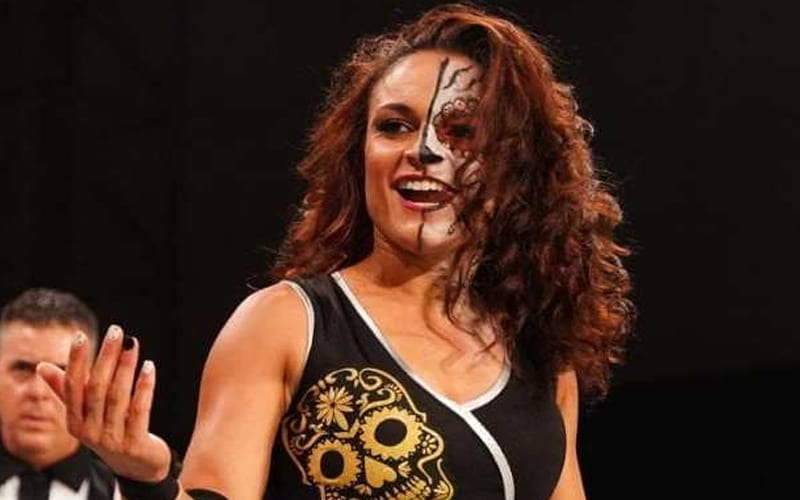 Thunder Rosa loves the attention she’s getting, and she teased NWA, AEW, or WWE by revealing a little skin the other day. That is still a very real situation with three plausible options.

During Wrestling Observer Live, Bryan Alvarez brought up Thunder Rosa. She is in a very good situation right now. She is not only incredibly talented, but she is also in demand from everyone.

“I can tell you this, she’s wanted by everybody. NWA doesn’t want to lose her, AEW would love to have her, and WWE wants everybody that everybody wants. So, she has a lot of options.”

“The impression I was given was that she was probably going to go to WWE, but then she did an interview the other day saying that she wants to do all these outside things.”

For that matter, Impact Wrestling and ROH might also love to have Thunder Rosa. People seem to forget about those companies when discussing where someone might go next.

You can click here to read Thunder Rosa’s interview where she discussed WWE. She was very clear about not wanting to be “a slave” no matter how much she’s making.

We’ll have to see what’s next for Thunder Rosa, but the story is far from closed for her.