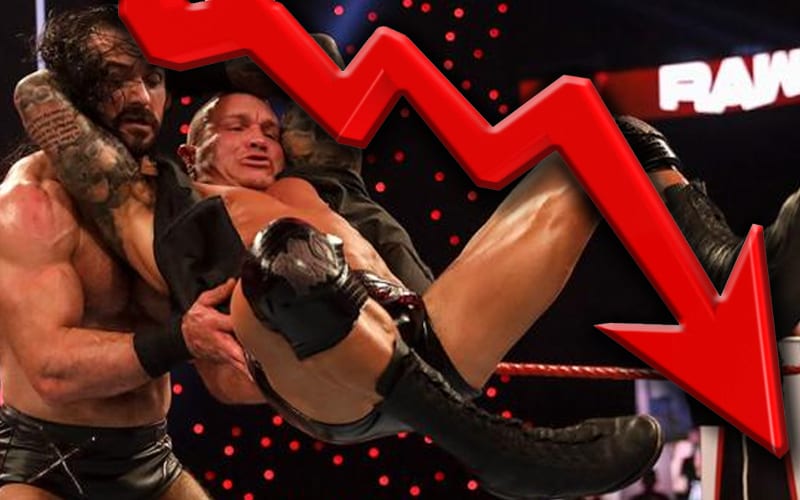 WWE RAW is a three-hour program. That usually comes with many fans dropping off before the 10:00 PM hour. They have stuff to do the next day, or they lose interest. We’re not sure if it was a combination of the two coupled with the handicap match main event and the US Presidential election, but WWE made history this week in a terrible way.

According to Showbuzz Daily, WWE’s viewership dropped this week from the week prior. The pulled in an overnight average of 1.656 million viewers.

WWE RAW’s April 27th, 2020 episode brought a third hour of 1.539 million viewers. This week’s was far below that. That April episode featured Drew McIntyre and Randy Orton’s Money in the Bank contract signing. This week featured the King of Claymore Country in a handicap match.

We’ll have to see if the actual number gets WWE above their previous low. This certainly isn’t the greatest sign, but there were a lot of variables at play this week.