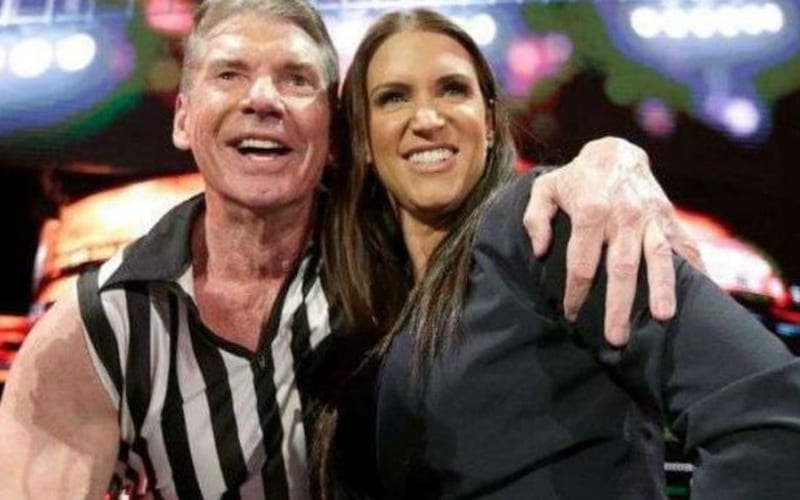 Netflix and WWE reached a landmark deal to produce the most expensive documentary series in the history of the streaming service. Bill Simmons will executive produce this upcoming documentary series, and plenty of fans are anxiously awaiting the debuted of a series based on Vince McMahon.

Stephanie McMahon revealed while speaking to Token CEO that she is nervous about the series because of the relationship she has with her father. This new series will be four parts and it will tell the story of a man from North Carolina who grew up without running water to become a billionaire.

“For the first time ever, there is going to be a four-part documentary on the life of my father Vince McMahon and it is going to be on Netflix. That’s a really big deal. I’m totally nervous about it because I want to protect my dad, not that he wants to be protected.

“There’s no one like my father,. He grew up in a trailer park in North Carolina and he didn’t meet his dad until he was 13 and had no running water until he was 10…..to have someone who truly lived the American dream, who believed in himself, who was willing to invest in himself. The things he had to do to even get into the business, let alone take over the business, which at the time was regional. He had this vision to make one global brand. At the time, some of those promotions had connections with the mafia and other organizations. Death threats were a regular thing…..the courage, the guts, and you talk about a take no prisoners attitude…..that was my dad making it happen. Just pure, driven, ambition. He turned a regional wrestling promotion into a global media empire that is still growing. His story deserves to be told.”

The jury is still out on how deep they will dive into Vince McMahon’s past. There are plenty of stories which will likely be told, but the big question is how much new information will be uncovered.

We’ll have to wait and see when it is finally released, but odds are this Netflix series will give WWE’s owner a huge mainstream focus.