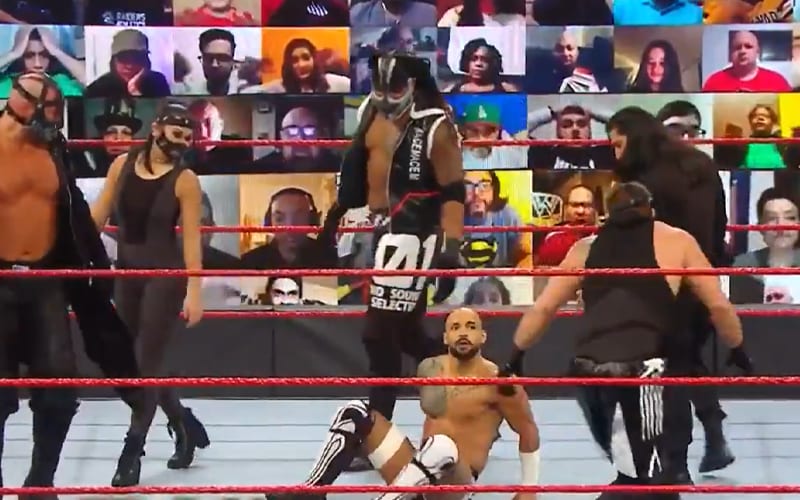 Ricochet defeated Tucker this week on Raw which proves that Vince McMahon changed his mind about Tucker’s push going anywhere. Then Mustafa Ali made his presence known.

Retribution swarmed the ring and beat Tucker down. Then they turned their focus to Ricochet. The Retribution stable beat Ricochet down and left him laying.

WWE gave Retribution a week where they got to show their aggression once again. Hopefully, this means that Retribution is getting a bit of a fresh start. Our fingers are still crossed in this situation.