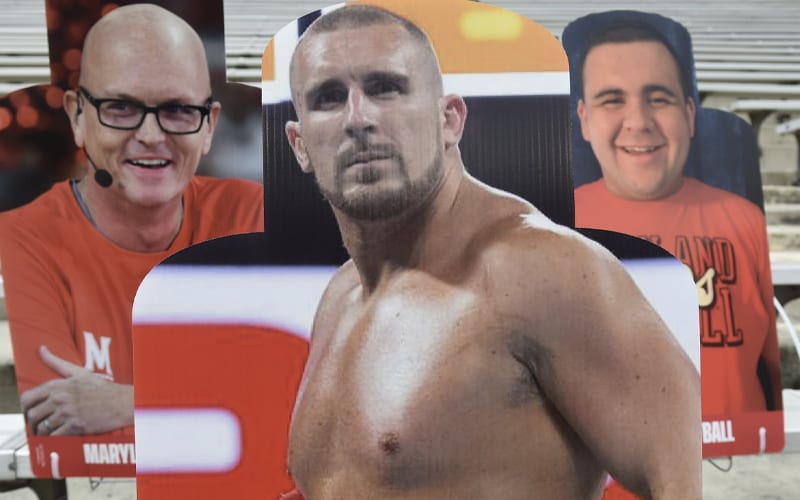 WWE doesn’t really give a lot of love to Mojo Rawley, but he’s still around. He simply hasn’t been featured since Gronk left. He found himself making television on Saturday in a manner of speaking.

The Maryland Terrapins played the Minnesota Golden Gophers yesterday, and the Terrapins won 44-45. They had a stadium full of cardboard cutouts to cheer them on. One of them was Maryland’s own Mojo Rawley.

The Terrapins featured Rawley on a cardboard cutout which featured him on RAW. He obviously loved the attention as he smashed the retweet button on his alma mater’s post.

We’ll have to see if Mojo Rawley can get a spot in the ThunderDome, because he doesn’t seem to be having luck getting booked any other way. At least the Maryland Terrapins still have love for their hyped up alumnus.