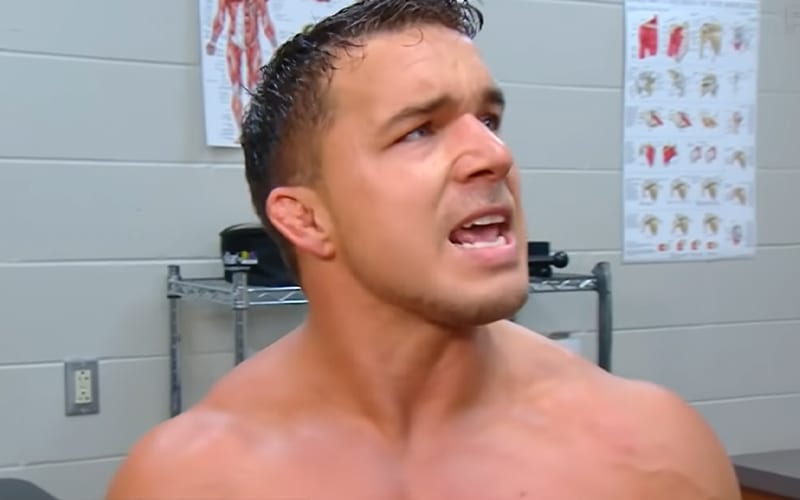 Chad Gable is no longer Shorty G, but it didn’t help him get back on television the next week. Gable remained off SmackDown this week which caused a lot of fans to question why.

Ringside News has learned that Chad Gable’s position on the SmackDown roster didn’t improve. He got a new name, and a serious presentation was teased, but he’s not a priority in Vince McMahon’s eyes.

A tenured member of the creative team with close knowledge of the situation told us that despite Chad Gable’s recent name change he is “still just an afterthought.”

We previously reported that Big E didn’t show up on SmackDown this week because he wasn’t on Vince McMahon agenda. We were told McMahon “didn’t say ‘what do you have for Big E’ or ‘what do you have for Gable?’ We have confirmed that unlike Gable, there are plans in place for the New Day member.

Gable has a ton of potential and wrestling ability that exceeds a majority of the roster. For some reason, he has yet to find favor with Vince McMahon. Yes, everyone realizes how talented Gable is, but Vince McMahon doesn’t book him. You also never know when Vince McMahon might get an idea for him.

Chad Gable fought hard as Shorty G, but the character didn’t get over. Daniel Bryan pulled for months to get Gable’s name changed back to his American Alpha moniker. Shorty G’s name change was actually filmed a week prior to when it aired. The original segment involved Drew Gulak, but it was cut for time. That should also be an indication of how Vince McMahon feels about making sure that time is carved out for the former NXT, Raw, and SmackDown Tag Team Champion.