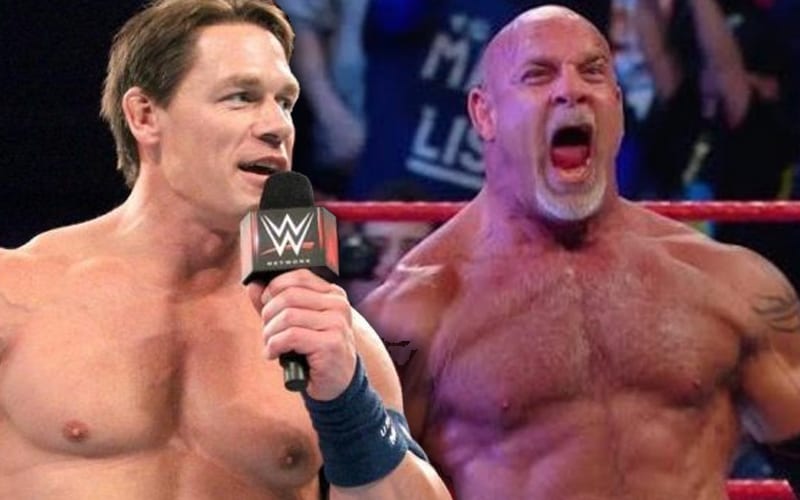 John Cena and Goldberg both left WWE behind for different reasons. Cena’s Hollywood career skyrocketed in the past few years, and Goldberg is enjoying his life after wrestling. They’re not done in the ring, but WWE still isn’t making any plans for them to return.

According to the Wrestling Observer Newsletter, WWE is not planning to “hotshot” John Cena or Goldberg into a match right now, even with Roman Reigns.

Goldberg showed up in the ThunderDome to watch Reigns take on Braun Strowman. Ringside News exclusively reported at the time that the company was not teasing any kind of Goldberg vs Reigns match.

It was noted that Goldberg would make sense in for a match against the Tribal Chief. Their WrestleMania 36 encounter did not happen as promoted. That doesn’t play a factor in this situation. Right now WWE is carrying on without any match in mind for either Goldberg or Cena.