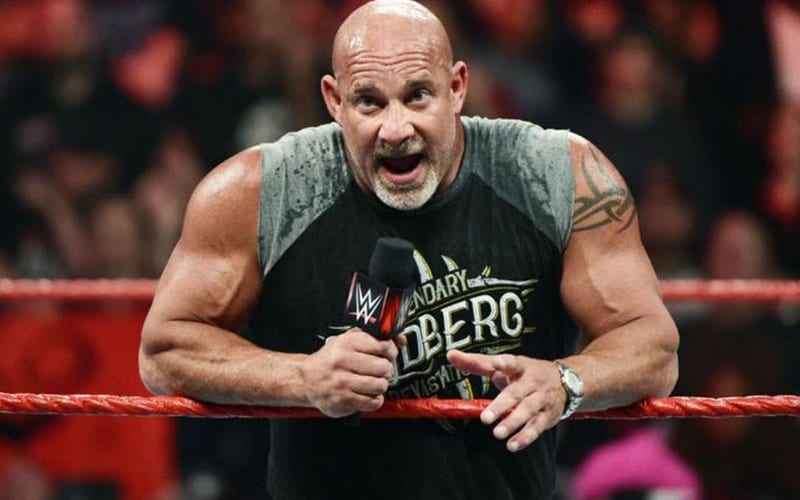 Goldberg appeared on a ThunderDome screen during the season premiere of Friday Night SmackDown, but why was he featured during the Universal Title match?

Ringside News has learned that Goldberg showing up on the SmackDown premiere this week “meant nothing” in regards to an in-ring return. Goldberg is simply still under contract and that ThunderDome seat counted as an appearance.

FOX requested “celebrities” and “star power” for the SmackDown premiere. WWE did the best they could and placed some big name guests in ThunderDome seats. We were told that “FOX wanted all the legends live in ThunderDome.”

Goldberg still has matches to go, and he still wants to face Roman Reigns down the line. Him showing up this week wasn’t a tease for any planned Goldberg vs Reigns match.

We also reported that Becky Lynch was backstage this week, but she wasn’t shown on camera. Also, there was a bit of backstage chaos, but Triple H got major props for being there and helping out