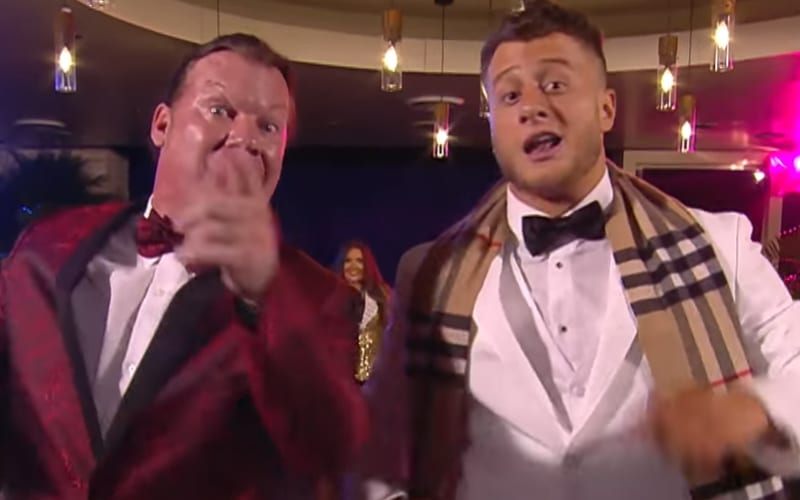 AEW’s Le Dinner Debonair presented musical theater to the pro wrestling world. Some fans did not appreciate the song and dance number, but the viewership disagreed.

It was previously reported that MJF had the idea to do this segment while watching the movie “Rocketman.” The Wrestling Observer Newsletter noted that The Salt Of The Earth wanted to do the song “Honky Cat.”

Chris Jericho had another idea for the song, but he loved the idea. Le Champion then got to work on obtaining the rights to use “Me And My Shadow.” They then received permission from the Frank Sinatra estate.

Jericho wanted to do something like in “Blues Brothers” where they start singing and dancing, and everyone around them carries on after the number like nothing out of the ordinary happened.

MJF flew into Jacksonville on October 19th to rehearse the scene which was shot the next day. Chris Jericho and a member of the Jacksonville Jaguars Cheerleaders did the choreography.

The dance routines were done with minimal rehearsals. They went over everything a few times right before they would shoot each sequence. Jericho and Kevin Sullivan edited for about seven hours on 10/21.

In total, the shoot took seven hours to complete, and they got things done 22-minutes before Dynamite started. They cut things so close because two hours prior to the show they “had an issue over the rights to the song.” This caused them to “drop in” a different version and re-edit things.