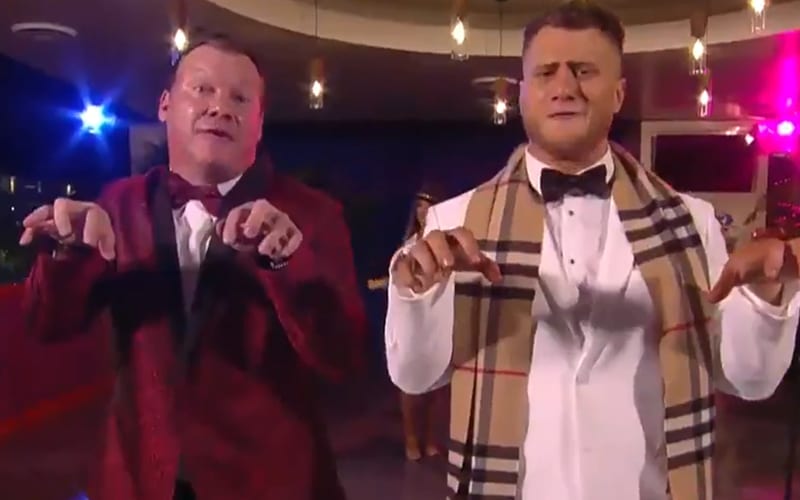 AEW Dynamite defeated WWE NXT in the ratings and demographic once again this week. Chris Jericho and MJF’s steak dinner, while it was popular within the Internet Wrestling Community, didn’t capture the viewership some thought.

Bryan Alvarez revealed that in the quarter hour which included Le Dinner Debonair AEW Dynamite garnered 676,000 viewers and NXT brought in 607,000 between 9:15 and 9:30. That was only a 69,000 viewer lead during Chris Jericho and MJF’s big song and dance number.

AEW’s lead is a bit more impressive if you look at the demographics. Out of the viewers they garnered AEW brought in 352,000 with WWE NXT drawing 178,000 in the 18-49 demographic.

Le Dinner Debonair was a groundbreaking segment in pro wrestling history showing a side of performers never breached before. They even received permission from the Frank Sinatra estate prior to doing the number and a Tony Award was “relinquished” to them. That doesn’t mean they were able to keep every fan from changing the channel.