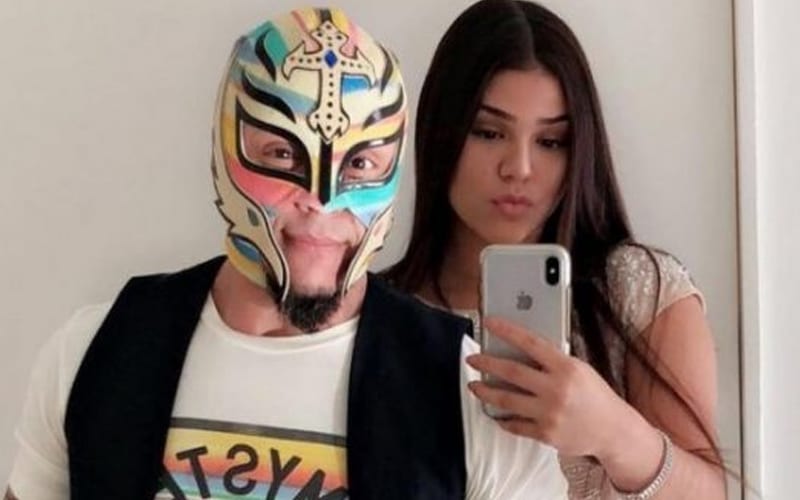 Aalyah Mysterio and Murphy have a strange angle going on which borders on romantic, but it might not go that far if Rey Mysterio has anything to say about it. Aalyah’s brother Dominik Mysterio isn’t a very big fan of it either.

While speaking to WWE The Bump, Rey Mysterio discussed his daughter’s WWE storyline. He said that they don’t communicate as well as they used to, and he doesn’t understand why she’s not speaking to him about her situation with Murphy.

We’ve always had a great relationship. We communicate a lot but for some reason, this has in a way separated us a little bit. You know, but things are still on the edge. They haven’t been completely clear. I don’t understand why she’s not opening up to me and putting everything clear and on the table.”

We’ll have to see where WWE goes with Aalyah Mysterio and Murphy’s storyline. They have certainly captured the interest of the WWE Universe so far.