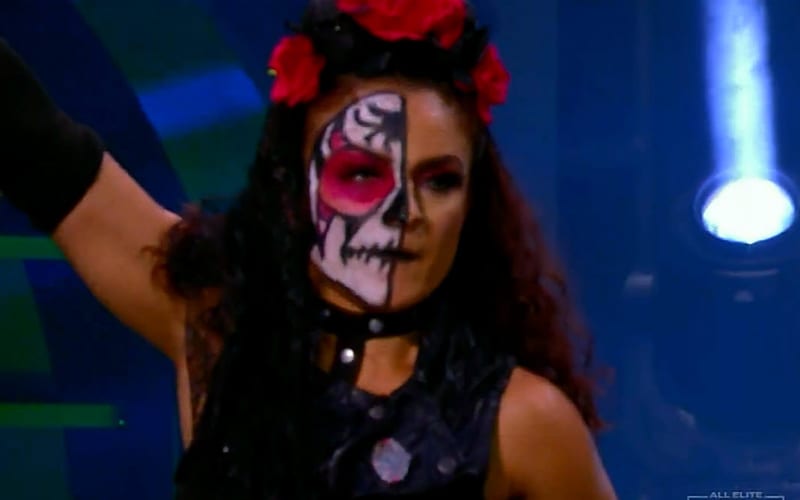 Thunder Rosa had a WWE tryout scheduled, but it fell through due to a hurricane. That tryout was for a referee role, but now they might see her as a Superstar.

Rosa dropped the NWA Women’s Title to Serena Deeb, and rumors immediately started swirling. Both AEW and WWE reportedly have interest in Thunder Rosa. She obviously heard those rumors.

Thunder Rosa didn’t confirm, or deny anything. She simply tweeted out: “Rumors” along with a link to Timex Social Club’s song “Rumors.”

We’ll have to see where Thunder Rosa ends up next. Dave Meltzer reported that both AEW and WWE were interested in her, and it might be hard for her to pass up an offer from either of those companies.

Thunder Rosa also has other MMA commitments to take care of with Combate Americas. That could always play into things down the line. We’ll keep monitoring this ongoing story here at Ringside News.