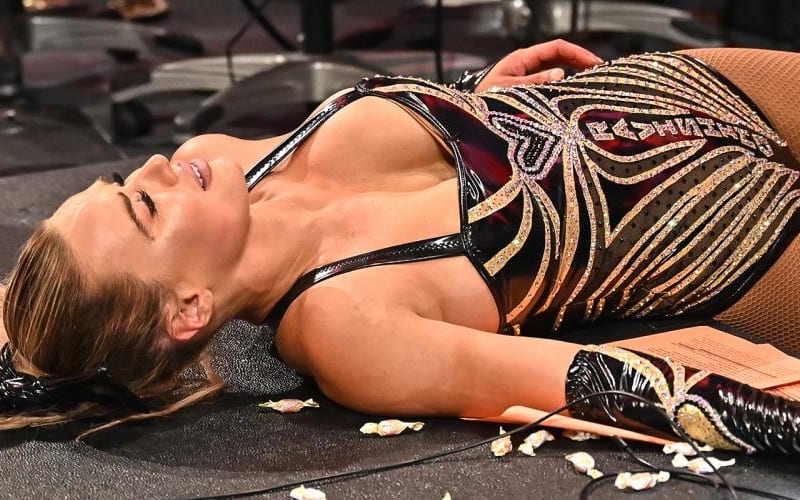 Miro is no longer in WWE, and he doesn’t watch anymore except for when his wife is on television. He can see how WWE has booked Lana, and he might not be 100% behind their decisions, but it’s not his company.

WWE’s plan is to turn Lana into a mega babyface, but they’re accomplishing that by putting her through an announce table every week. Miro thinks that makes his wife one of the toughest Superstars on the roster.

While speaking to Inside The Ropes, Miro opened up about how WWE is booking is wife Lana. This conversation took place prior to her entry into the 2020 Women’s RAW Survivor Series team, and her 6th table spot.

“I don’t book their shows, I have no idea. All I know is that she’s most likely tougher than anybody else on their roster because clearly, that’s the first time in history that’s been done. And every single time, she gets the f*ck up and keeps going, you know. She doesn’t say, ‘No.’ She doesn’t say, ‘I don’t want to do that.’ She doesn’t sell.”

“She’s going out there and doing her job, and doing her job to perfection. Because you can see, in that ring, when she gets that time, you can see who’s who and who’s been working, and who’s been sitting on their asses the whole time. And I’m so freaking proud of CJ, man, because she’s proven that she’s most likely the most talented and underrated person in the whole entire wrestling community.”

We’ll have to see how Lana does at Survivor Series. Odds are she’ll continue to take bumps through the announce table as long as Nia Jax is around. WWE could have a payoff in store for the Ravishing Russian, but it’s certainly been a painful experience so far.