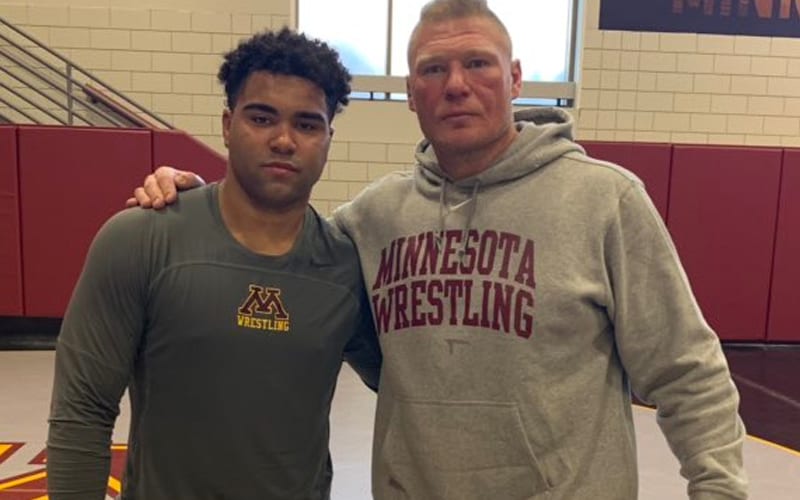 Gable Steveson has been on WWE’s radar for a while now and the top ranked NCAA amateur wrestler could wind up in Vince McMahon’s company eventually. He certainly knows the right people.

Gopher Sports recently spoke to Gable Steveson about his WWE dreams. He’s wanted to be a Superstar since he was younger. He is also getting closer to achieving that dream.

“This is a dream I’ve had since I was a kid. Everybody grew up watching WWE when they were young, I know I watched it. It’s just been a lifelong dream of mine.”

Brock Lesnar has trained with the University of Minnesota wrestler and provided some guidance he follows in his big footsteps. He discussed his relationship with the Beast Incarnate and how nice he really is in person.

“My relationship with Brock has been awesome. It’s outstanding that a guy like that has noticed me and has gone out of his way to be there for me and guide me in the right direction. We all know who Brock is on TV, but behind everything else, he is a nice person and he has done some amazing things for me.”

WWE has a rule where they don’t sign NCAA wrestlers while they are in school. They don’t want to upset the collegiate wrestling community. Gable Steveson certainly seems to have the right phone numbers to call if/when if wants to take that step into a WWE ring.