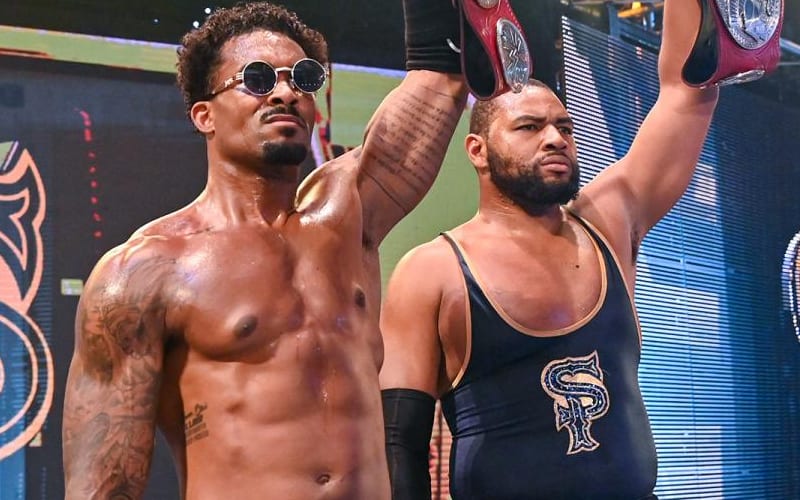 The Street Profits are SmackDown Tag Team Champions and they want the smoke, but what does that even mean? Montez Ford recently had a chance to clear that up.

Dayton247Now spoke to Ford where he opened up about what it really means to “want the smoke.” He explained that it’s about being prepared for the day, and whatever it might bring.

The Street Profits are prepared for a big Survivor Series where they will take on The New Day in a champion vs champion contest. You never know what can happen in WWE, but it appears that Montez Ford and Angelo Dawkins are prepared to continue lighting up the WWE Universe for a long time to come.