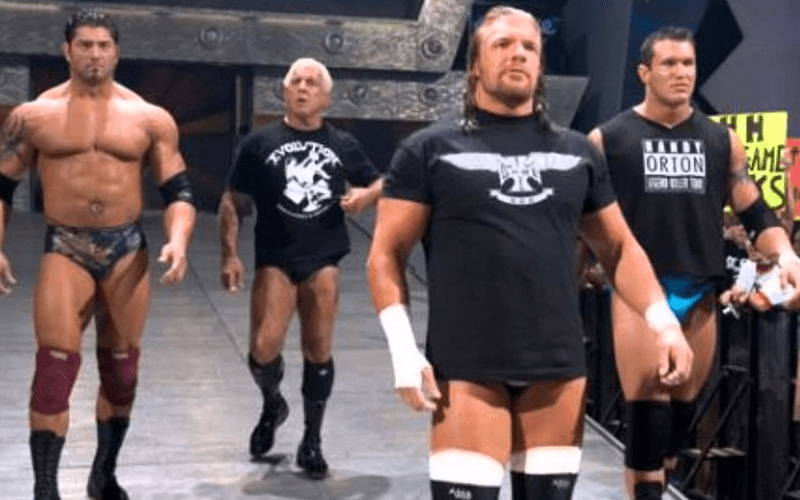 Randy Orton was finally able to get the better of Drew McIntyre at Hell in a Cell last night and as a result, he recaptured the WWE Championship to cap off a really strong year for The Legend Killer.

Orton has been flying high at the top of WWE for almost two decades now and throughout that time, he’s been able to win a massive 14 world titles.

The 14th, however, had a particularly special meaning within the context of Evolution.

That one faction has made so much history throughout the course of the last 30-40 years and now that they’ve hit the magic 50 mark, nobody can deny that they will be remembered as one of the most successful groups ever.