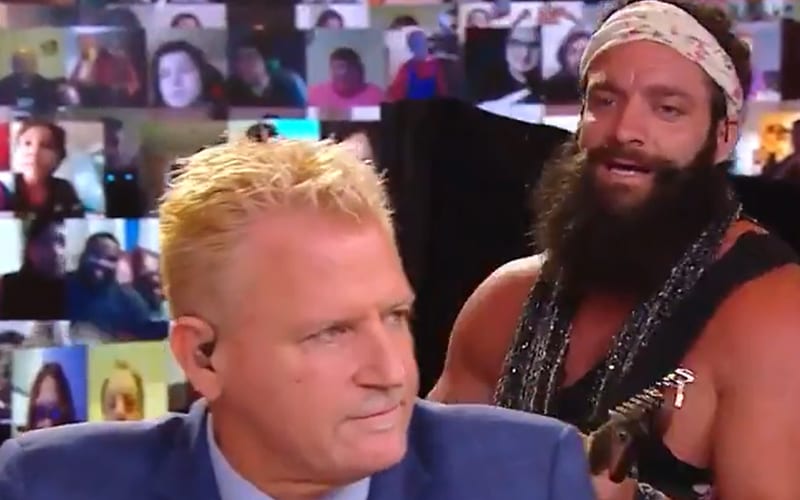 Jeff Jarrett was on the Hell in a Cell kickoff show, and Elias showed up to sing a little song. That tune included a line about Jeff Jarrett and Jeff Hardy that Double J did not appreciate.

Click here to watch the entire musical burn from Elias prior to Hell in a Cell.

Elias said that it must be something about people named Jeff, because now he thinks “Jeff” is Spanish for “junkie.” Jarrett, who has a history with addiction, didn’t seem happy about that line. Ironically, Elias’ real name is Jeffrey Sciullo.

It was a big day for Jeff Jarrett as he celebrated three years of sobriety that night. He tweeted out: “10/25/2017-10/25/2020” along with several praying hands and “#SoberLife #OneDayAtATime #MMMI #GodsWill.”

WWE is known to take digs at their talent and on-air staff that are quite personal. Nothing is off the table when they need to get some heat. Elias’ line about Jeff Jarrett certainly got a lot of attention.