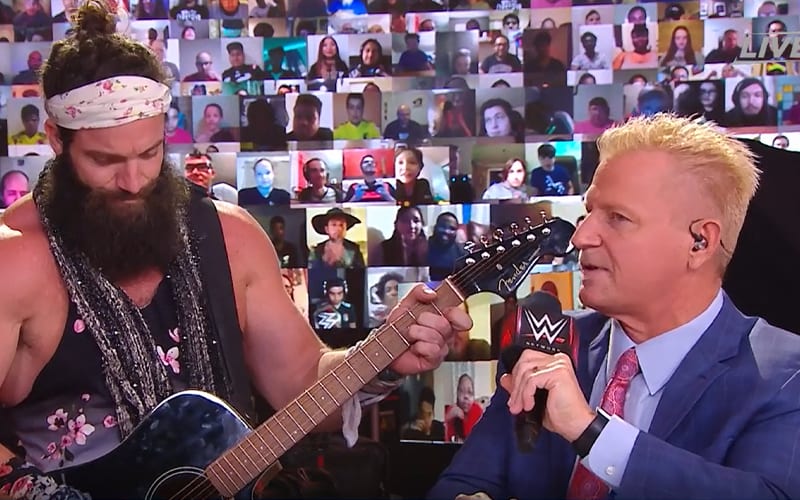 Elias is back in action for WWE, and that means that so are musical burns. Nothing is off the table in WWE, and Jeff Jarrett knows that all too well.

Elias came out during the kickoff show before Hell in a Cell. He had his guitar with him, and he played a little song. This ditty included a line about Jeff Jarrett that Double J did not appreciate it.

The song asked “what is it about people named Jeff?” He is feuding with Jeff Hardy, and the two will face each other at Hell in a Cell. Then he said that “Jeff” must be Spanish for “junkie.”

Elias also paused for a bit before saying “Junkie,” After he left, Double J seemed very upset. This might not have been for the story. Jarrett could have been selling for Elias, but he had a noticeable sour expression on his face for a bit after that line.

On that note, Elias’ real name is Jeffrey Sciullo.