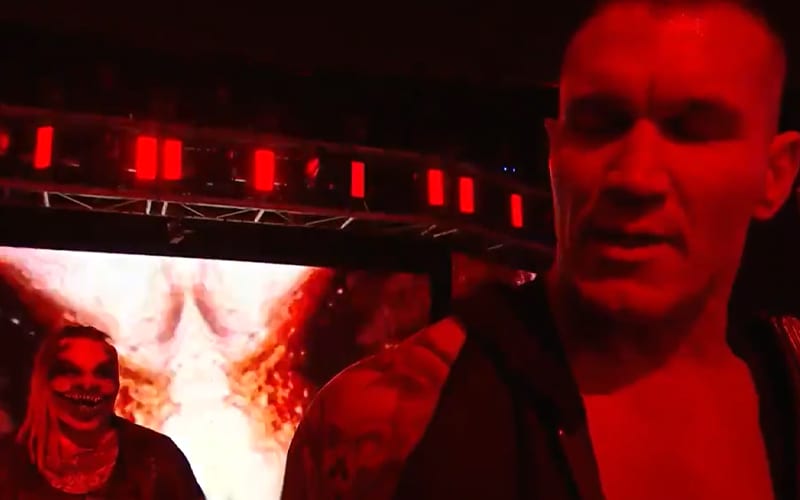 Randy Orton came out for the final segment of Raw, and his guest spot on A Moment Of Bliss ended quite abruptly.

Randy Orton asked Bliss where The Fiend was, but she just laughed. Then Drew McIntyre came out to attack Orton. He kicked Orton down while Bliss laughed. Then the lights went out.

The Fiend’s red light came on and his strange screeching music started playing. Orton was out of the ring and trying to leave Drew McIntyre behind. Then Orton realized that The Fiend was behind him.

Instead of facing The Fiend, Orton went back to fight Drew McIntyre. The two battled around the ring and Orton put Drew McIntyre on the announced table during a brawl as the show went off the air.

It seems that The Fiend has his eyes on Randy Orton, but The Viper doesn’t want any kind of receipt for burning down Sister Abigail’s shed.