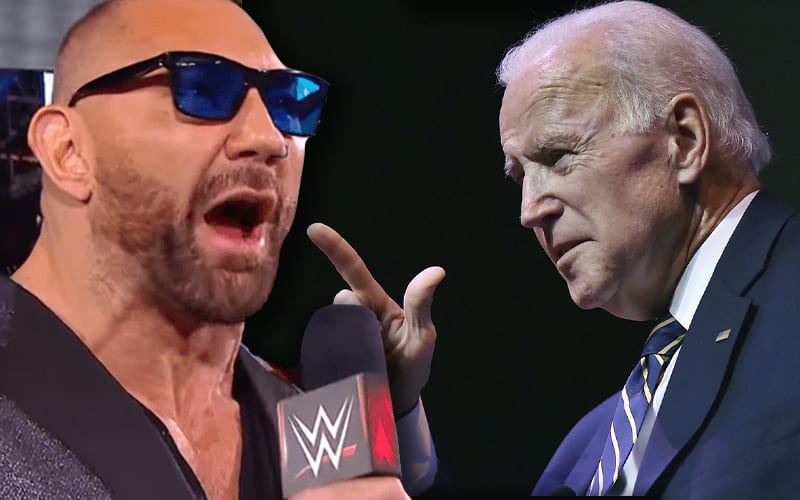 Batista is very outspoken regarding his feelings toward Donald Trump as President. He called him a “sorry motherf*cker” in June. Dave Bautista endorsed Joe Biden for President, and the former Vice President posted The WWE Hall of Famer’s video on his official YouTube page.

In his video endorsement, Batista said that it’s not hard to be a bully and lie to people, he said that does not make Trump a tough guy. He continued and said a real leader is one who can give bad news even when it’s not easy, and unite people.

“We talk about the difference between being touch and someone who portrays himself as a tough guy. It’s easy to lie to people, to bully people. That doesn’t make you a tough guy. It’s easy to tell someone what they want to hear, it’s not easy telling people what they need to hear. We’re not in good shape, we’re gonna get out of it. That’s being tough.”

“This country right now needs someone with a plan who can get us back off track. A leader is someone who can unite people, who can take responsibility, that’s toughness. That is Joe Biden.”

Batista also changed his profile picture on Twitter to a Biden/Harris 2020 logo. He is not the only legend from pro wrestling to endorse Joe Biden as The Rock also said that America needs his leadership as well.