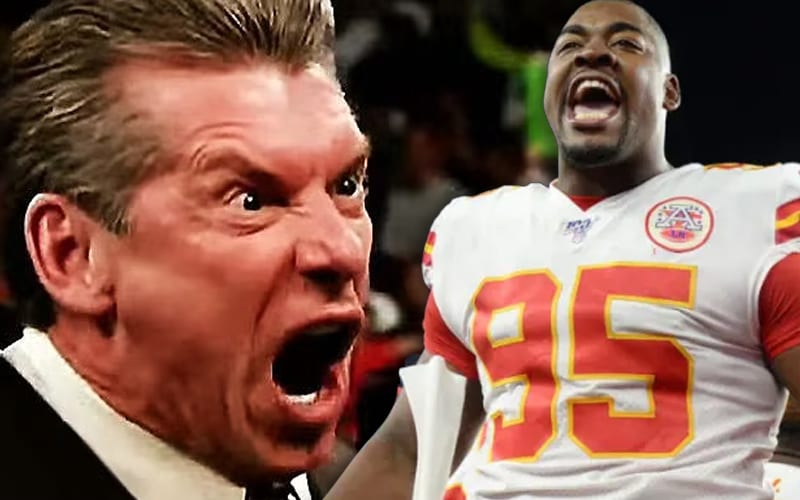 WWE is in the middle of a legal battle over the “Stone Cold” name. This dispute is over Stone Cold Jones LLC which is owned by NFL player Chris Jones.

The popularity, success, and recognition of WWE’s STONE COLD Marks are the direct result of the substantial time and money invested by WWE in development, marketing and promotion of the marks. WWE’s STONE COLD Marks are uniquely and exclusively associated with WWE and have become indelibly linked in the public’s mind in exclusive association with and in exclusive sponsorship by WWE.

WWE has used and continues to use its STONE COLD Marks in connection with its wrestling entertainment services and related goods through its programming which is distributed domestically and internationally through the WWE Network and is available on WWE’s other official online outlets (e.g., wwe.com and WWE’s YouTube channel), and its online merchandise store. WWE’s use of its STONE COLD Marks predates any date of first use upon which Applicant can rely.

WWE’s claims were responded to on October 23rd. They claim that the name Stone Cold is recognized by many NFL fans as belonging to Chris Jones. It is believed that there will be no confusion with using the Stone Cold name due to Jones’ popularity in the NFL and Kansas City Chiefs.

There is no likelihood of confusion, mistake, or deception because, inter alia, the Mark and the alleged trademark of Opposer are not confusingly similar.

It was also noted that any actions that Jones Soda took part in had zero intention of willful intent.

It was also noted that Stone Cold Jones LLC has also faced opposition from Jones Soda Co, and Stone Cold Brewery. As of this writing the company has not answered to those complaints.