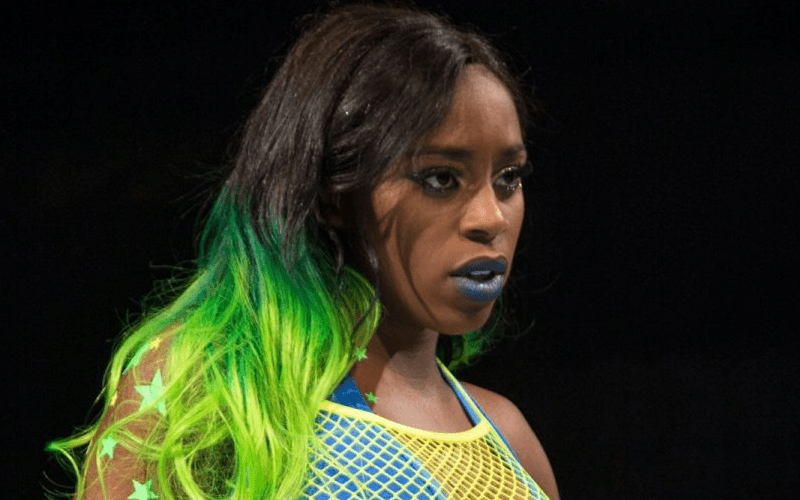 The Usos received a focus in Roman Reign and Jey Uso’s storyline as they go toward Hell in a Cell on October 25th. Naomi also came into the line of fire this week, and she didn’t appreciate it.

The Glow is out of action after surgery. It’s unknown exactly how long it will be until she returns. Naomi was certainly watching SmackDown this week when Roman Reigns mentioned the Usos’ wives as part of the deal. The Tribal Chief says that if Jey doesn’t fall in line, if he loses at Hell in a Cell, then his entire family will be cut off from his table.

Naomi is on the mend, but at least she’s still able to fire off a tweet online to get involved with the storyline in some way, even if her idea is to stay out of this messy situation.