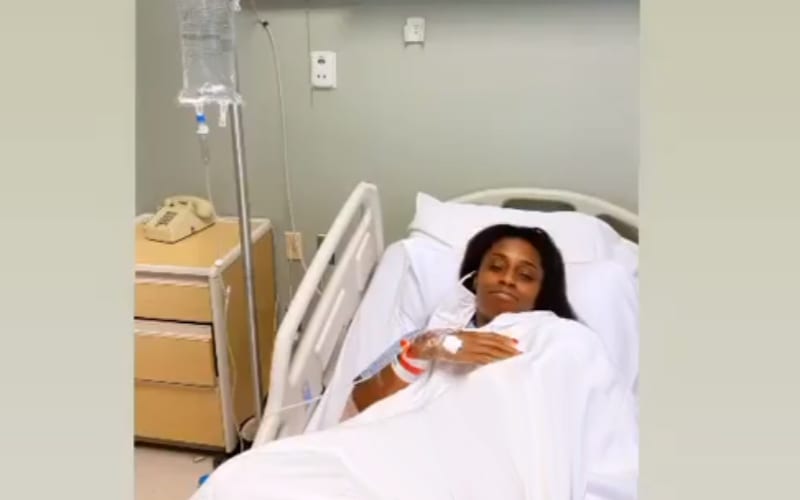 Naomi sparked a movement online when fans demanded that she deserves better. She’ll be out of action for a bit of time following an unexpected surgery.

The Glow updated her Instagram story to include a photo of herself in a hospital bed. She explained that surgery was needed to have a fibroid removed that was causing her a lot of issues.

Now she is recovering and promised that she’s feeling much better already.

“In the midst of hurricane Sally and COVID I also underwent an unexpected 6 hour surgery to finally remove a massive fibroid that’s caused me severe anemia fatigue horrible abdominal pains and more problems I don’t even want to mention over the past year and a half. I’m recovering well. I’m relieved and already feeling so much better. So family and fans don’t worry, I’m ok. Lol, miss ya.”

Our thoughts go out to Naomi during this time. The world is full of a lot of problems right now, and having surgery wasn’t something she planned for. Thankfully, it seems that she received the proper medical treatment.