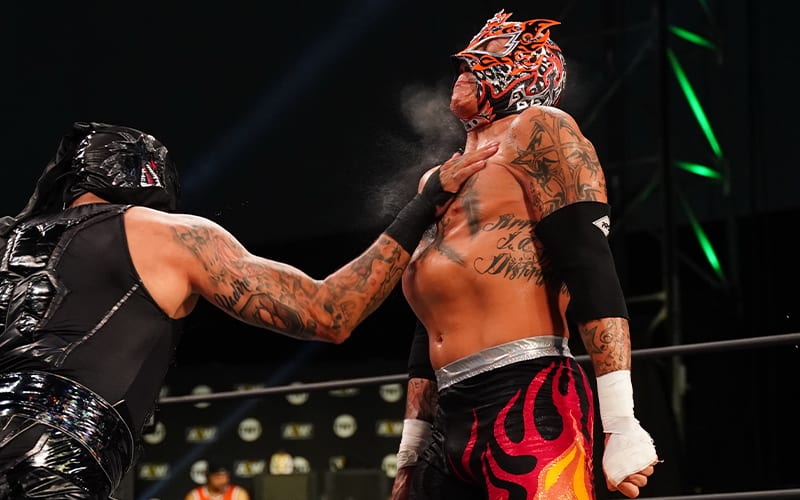 Fenix was injured during his match against Penta this week on Dynamite, so he had to forfeit his spot in the AEW #1 contender tournament. This was not his decision at all.

During Wrestling Observer Radio, Dave Meltzer mentioned this injury and how it is unclear exactly what is wrong with Fenix. He wanted to work, but it was the doctor’s call to pull him from the match.

“It was a doctor’s call — [Fenix] wanted to go, and Dr. Samson was just like, ‘no.” So, he was telling people that he was okay so I thought the match was gonna happen, but they made that call.”

We’ll continue to hope for the best in this situation. Fenix was not happy whatsoever when he had to be pulled from that match, but they did so with his safety in mind.

Click here for our complete spoilers for what happens during AEW Dynamite next week.