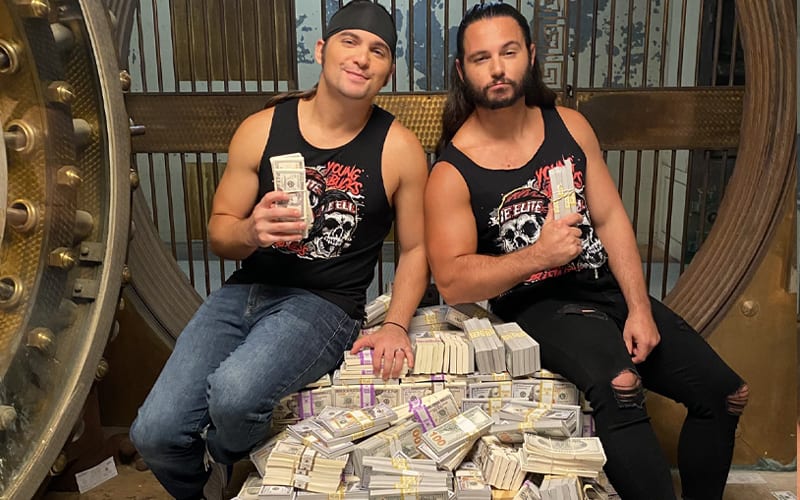 The Young Bucks made a lot of money off merchandise sales already in their career, and those popular t-shirts keep on coming, as are action figures, towels, sunglasses, masks, and everything else they can market. That left them with a big problem: where do they put all that money.

The Young Bucks’ official Twitter account just uploaded two very interesting photos. The Jackson brothers were in a vault and sitting on a pile of money. They also had some fat stacks of cash in their hands.

“Opened up the old merch vault today…” the caption said. They looked very comfortable on that huge stack of money, that’s for sure.

We previously covered that the Young Bucks haven’t turned full heel just yet on AEW television. Posting photos like this while bragging about riches isn’t necessarily the most babyface thing to do. Then again, it’s already been well established that definite heel and babyface roles don’t really stand in AEW as they have in the past with other promotions.