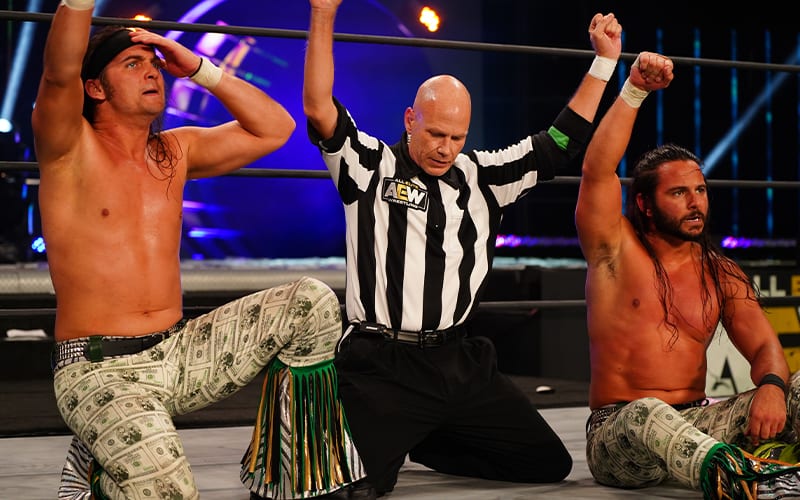 The Young Bucks have been through quite a change on AEW Dynamite in recent memory. They have shown a more aggressive side that included Superkicking backstage interviewers and referees. That apparently didn’t signify a full heel turn yet.

FTR and The Young Bucks are set to face each other at Full Gear on November 7th. That match has been building for years, but it won’t be a heel vs heel encounter when they throw down in Daily’s Place.

It was noted in the Wrestling Observer Newsletter that Nick and Matt Jackson’s recent aggressive change wasn’t a heel turn. It was simply them doing “heelish things” as a result of all the pressure on them.

Right now the idea is that misunderstandings and pressure have them doing heelish things, but they aren’t really heels.

We’ll have to see how Full Gear turns out. Odds are FTR and the Young Bucks are going to battle for a long time to come. Full Gear will simply be the first real chapter in that rivalry.