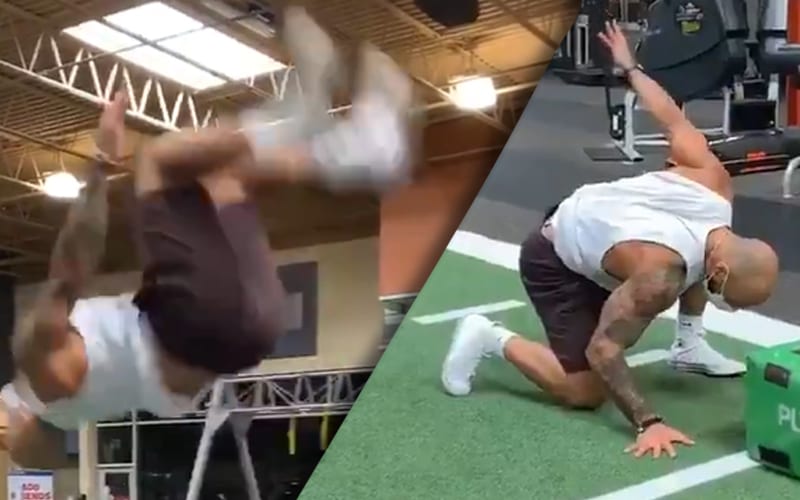 Ricochet has an incredible set of skills which he can display at a moment’s notice, even when you least expect it.

The One And Only posted the longer version of a video that went viral. The original was posted to his Instagram story, but it was only the final part. Ricochet released the complete version which included a couple failed attempts, but nobody’s perfect.

Ricochet is able to go from a cross-legged seated position to fully standing via a backflip. It’s really quite impressive, and we would love to see this trick in the ring. It must be inserted into a place where it matters, but that time is sure to come for him.

This second clip went viral along with the edited version. The overall consensus is that Ricochet is an incredibly talented man. You can check out the clip below.