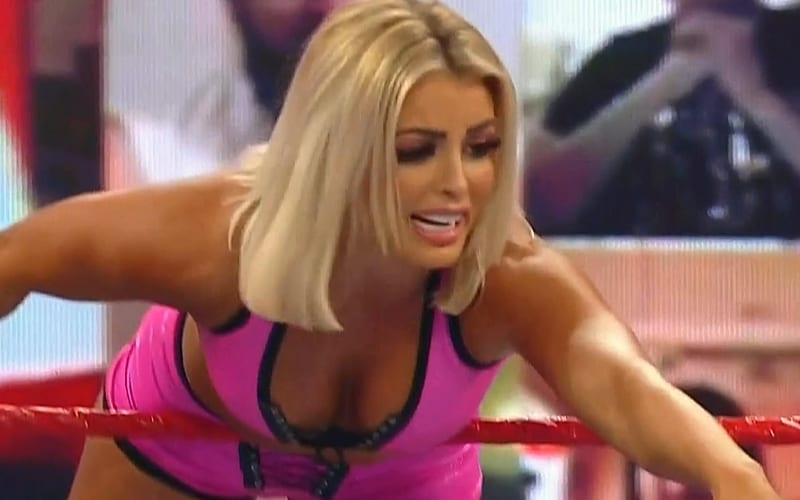 Mandy Rose was traded over to the red brand thanks to The Miz’s feud with Otis. Ringside News exclusively reported at the time that WWE had zero plans for Rose when she was traded. She was eventually put in a tag team with Dana Brooke, but it’s unknown how long that team will last.

The Wrestling Observer Newsletter noted that, although it isn’t mentioned on commentary, Mandy Rose has put off a vibe that she doesn’t want to be in her new tag team on RAW.

This seems to be the same feeling she gave when WWE first placed her with Otis. It was explicitly noted that “I don’t think it’s the storyline” regarding why Rose is giving off this perception.

Whatever it is about Rose, she naturally comes across as looking like she doesn’t want to be in this team even though nobody calls attention to it and I don’t think it’s the storyline. She looked the same early on with Otis, like she was supposed to be all hot for him and looked like anything but, although she did get better on that account.

It should be noted that we have heard zero about Mandy Rose being any trouble backstage. In fact, we have heard the exact opposite. Dana Brooke has also worked very hard to establish herself in WWE and she plans to use this tag team to make the most of it that she can.

We’ll have to see if Mandy Rose and Dana Brooke’s new team has any longevity. The company just recently put them together and they haven’t been given a team name yet.