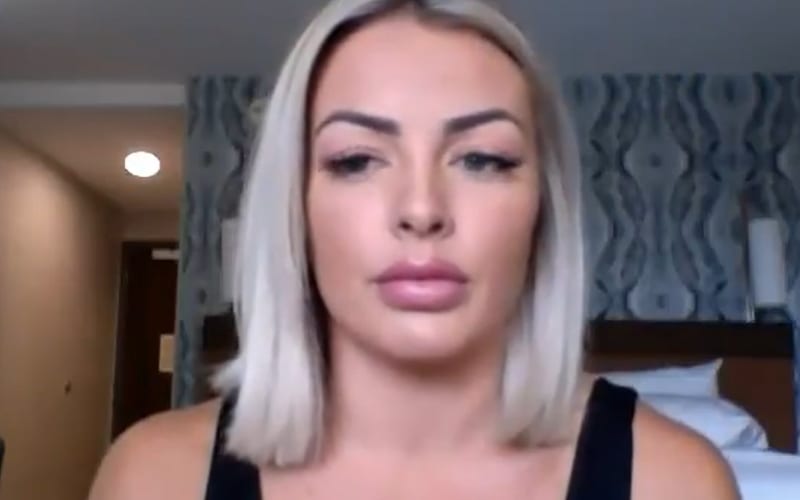 Mandy Rose made her return to Raw this week, and she got the pinfall to win the match. She has a loaded schedule and that includes doing some virtual meet and greets. One fan recently received a personal message from Rose that he wasn’t expecting.

A fan named Sean Bedard met the Golden Goddess during a virtual meet and greet. He was a bit star struck to directly communicate with her and he didn’t have a lot to say. Some fans trolled him on Twitter, and Mandy Rose noticed.

Rose reached out to this fan by sending a DM on Twitter. She said to not pay any attention to the trolls because he did just fine. This was an inspirational message he was thrilled to share with the world.

Hey Sean, it was so nice meeting you yesterday. I just wanted to reach out bc I’ve seen a lot of comments on here and let you know that I totally understand how nerve racking it could be meeting someone virtually how we did, I was nervous too!! But don’t listen to what other people have to say, they have no clue and you did awesome!! Just wanted to reach out to you.

Mandy Rose didn’t have to send that DM to Sean, but she did. She also had no idea this was going to be shared on Twitter, therefore nobody can claim virtue signaling in this instance. For what it’s worth, sources within WWE have nothing but amazing things to say about how nice and genuine Mandy Rose is on top of being incredibly driven.

You can check out the video of Sean’s virtual meet and greet with Mandy Rose below. We won’t be posting any of the negative comments he received.