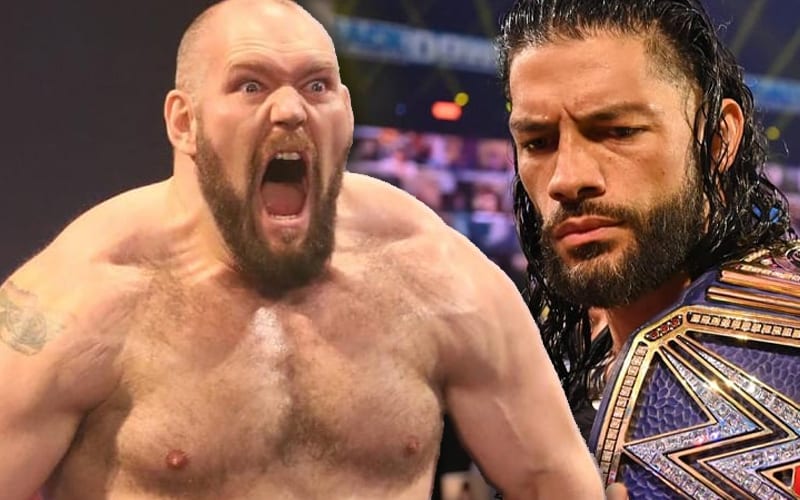 WWE set new rosters for RAW and SmackDown which called for an introduction of sorts. Triple H and Stephanie McMahon opened up SmackDown last week and the entire SmackDown roster was on the stage as well, but a couple were missing.

Click here for our complete run-down of what to expect in tonight’s Hell In A Cell edition of SmackDown.

The Wrestling Observer Newsletter noted that Roman Reigns and Lars Sullivan were not made to stand with the rest of the roster. This was done as a way to “protect” them. It was noted that doing this saved Reigns and Sullivan from looking like “fourth graders going to assembly.”

The show opened with HHH & Stephanie in the ring and most of the talent (a few like Reigns and Lars Sullivan were protected from looking like the fourth graders going to assembly) was on the stage.

WWE has big plans for Lars Sullivan. Vince McMahon is still a big fan of his, and he doesn’t care what might be floating around there about The Freak. He wants Lars Sullivan to be a monster, and monsters don’t stand with the rest of the roster. Roman Reigns was obviously kept away for the same reason, except he is the Tribal Chief, a position with much more regard as Universal Champion.