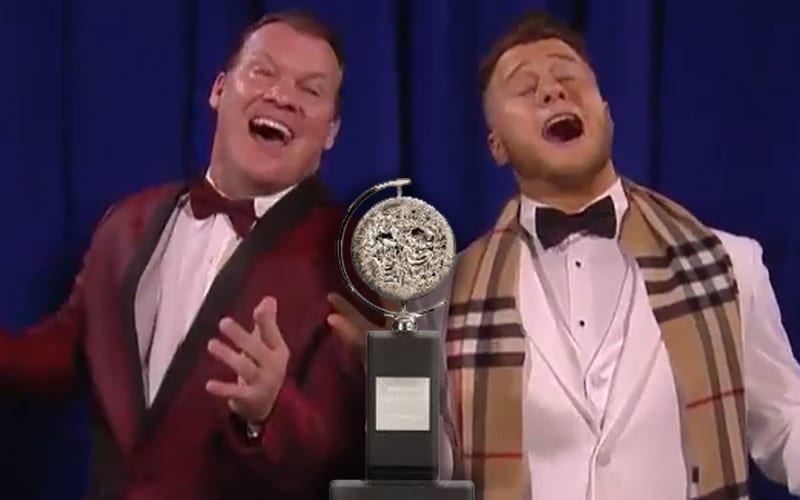 Chris Jericho and MJF had a steak dinner planned for AEW Dynamite this week, but nobody predicted how it would end. It turns out that they gave an award-winning performance.

Jericho and MJF were filming their Le Dinner Debonair segment until 2:00 AM on Wednesday morning. Le Champion revealed after Dynamite that they didn’t have the whole segment cut together until 22 minutes before Dynamite ended. That was enough time to make some magic.

Alex Boniello won a Tony Award for his portrayal of Moritz in the 2015 Broadway revival of Spring Awakening. He tweeted out a photo of himself holding that Tony Award while saying: “This is good. I hereby relinquish my Tony Award to Chris Jericho and MJF.”

We’ll have to see if AEW puts on any future musical performances. It might be very hard to top Le Dinner Debonair. Boniello can probably mail his Tony Award to the Jacksonville Jaguars’ office and it’ll get to the right people.