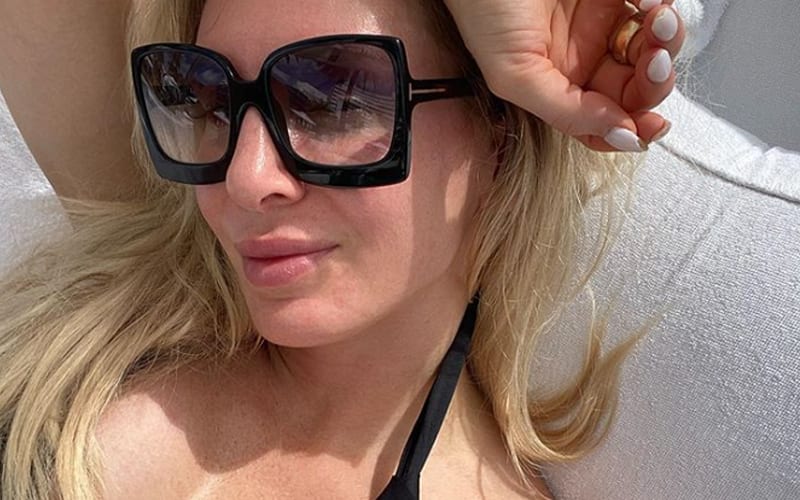 Charlotte Flair recently shared a photo with fans that is sure to stop their endless scroll on Instagram. She didn’t include any words in her caption, but she didn’t need to.

Flair is not on WWE television every week right now. She’s enjoying a little hiatus from action, but The Queen will be a Raw Superstar upon her return.

The second generation Superstar posted a photo of herself lounging in a black bikini. She provided a caption in the form of two emojis: a palm tree and a bikini. She has projects lined up during her break from WWE, but she also has time to relax.

It’s unclear when Charlotte Flair will be back in action. She had cosmetic surgery and a few other acting roles lined up. She also recently signed with a new Sports Management Agency, so The Queen obviously has a lot going on right now.