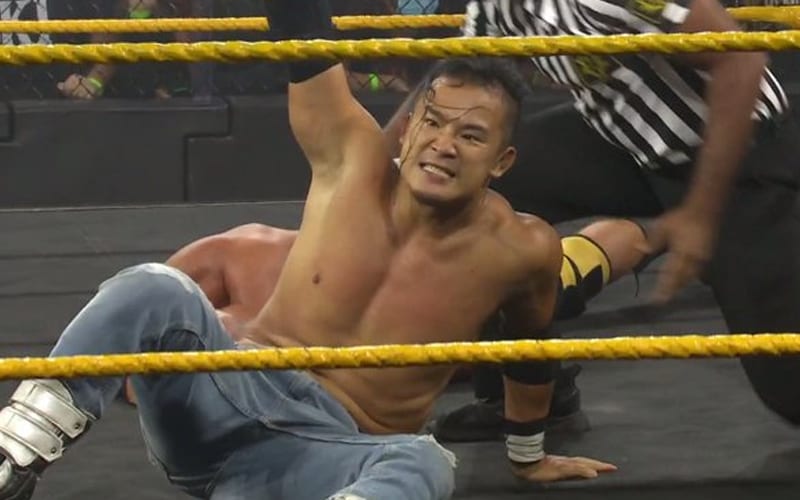 KUSHIDA has slowly but surely been rising up through the ranks of NXT in recent months, and sooner rather than later, he could easily be back in the title picture – whichever title that may be.

Last night he was able to pick up one of the biggest wins of his NXT career thus far as he overcame the challenge of both Tommaso Ciampa and Velveteen Dream in a triple threat bout.

One man who was watching all three individuals very closely is none other than NXT’s godfather Triple H.

The Game may not be everyone’s cup of tea – but he has certainly made the WWE Universe care about the majority of rising stars in NXT.