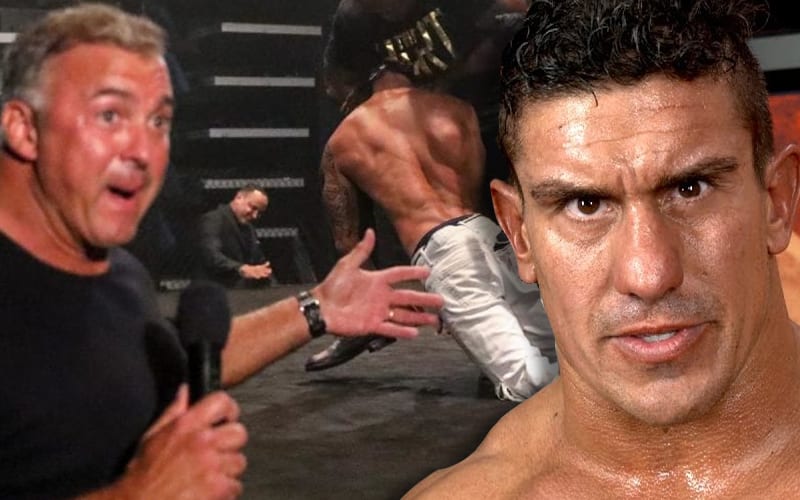 WWE stopped producing RAW Underground segments, at least for the time being. There is concern about having members from so many brands in the same place during a pandemic.

EC3 was recently a guest on the ROHStrong Podcast where the RAW Underground idea came up. He said that WWE took the idea from him and changed it into something other than what it was intended to be.

While comparing the entire experience to Wayne’s World, EC3 explained how WWE took his idea and put it in a “manufactured, heartless, desolate studio” when the idea literally came from underground.

I knew it was going to be stolen, so I was prepared for it. I didn’t know it’d go to that length, and I know mine played to a minor bubble of the professional wrestling audience while majority of it saw whatever the hell they put out there. The way I look at it is kind of like I was Wayne’s World. I was producing this show in Aurora, my basement with my buddy Garth. We’ll call him J.C. in this instance, and then Rob Lowe came in, bought us and when I saw Shane McMahon in the ring, not in a real underground, mine was a real underground. [This] manufactured, heartless, desolate studio, I’m looking at Shane and it felt like when Noah was wrapping on Wayne’s World after they bought him out. It was just inauthentic and like I said, it had no heart. So I knew something would’ve been taken from it. I didn’t expect the whole aesthetic, and while it upset my friend, J.C. who I worked very hard on with it, at the same time, it’s just a challenge to do something different, better next time which I definitely plan on doing because again, control your narrative, again, Ring of Honor provides freedom. I’m not tied to doing just that. There’s things I want to do in the future and continue that narrative as sort of supplemental content to whatever other places I’m doing things in and I have bold, ambitious views for it. We’ll see if it works out, I think it will.

There is also a theory out there that WWE lifted this idea from Detroit-area indie ground called Sanctuary Fight Club who literally use “Welcome to the Underground” as their slogan.

It might not matter who created the RAW Underground idea at this point if WWE doesn’t bring it back. You can never say never, but odds are EC3 won’t be a fan of whatever WWE does with the idea.