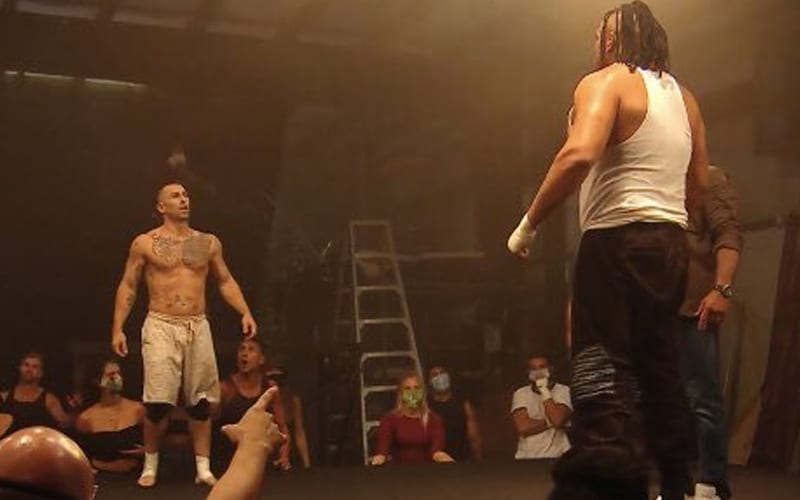 WWE has a lot of ideas floating around, and Vince McMahon has the power to reject any of them. One of two ideas he had walking into RAW this week consisted of his son Shane McMahon coming back to television to host a new segment. That segment might not have been 100% original.

Plenty of questions have come up about RAW Underground. Ringside News exclusively reported that they are making things up as they go so there are currently no plans to add women or a title belt to the situation yet. The Wrestling Observer Newsletter also noted that the RAW Underground concept might have been lifted from the indies.

A Detroit-area indie ground called Sanctuary Fight Club has a very similar look to RAW Underground. Fans are pressed against the ring, and there are dancing girls as well. The big difference is that Sanctuary Fight Club uses ring ropes, and they don’t present it as a shoot fight. It isn’t 100% certain that WWE lifted this idea from here, but the look is very similar.

The indie company runs shows out of a punk bar. They also present a similar gritty feel. Even more interesting is that their catchphrase is “Join The Underground.”

Wrestlers such as Jake Something, Rohit Raju and Tyson Dux were working there when it closed down because of the COVID-19 pandemic. It was also reported that Davey Boy Smith, Jr spoke to Shane McMahon about this same type of an idea following SummerSlam last year.