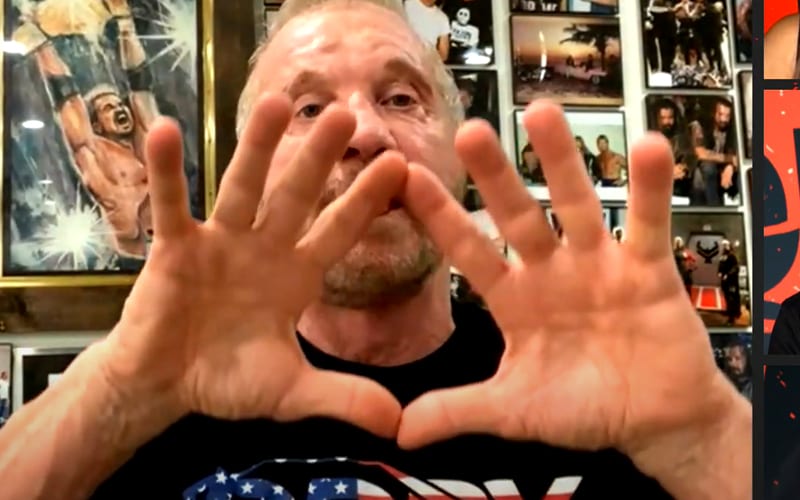 DDP is a WWE Hall Of Famer, but some didn’t think he could get to that point. He rose to popularity in WCW which is where his Diamond Cutter was born.

While speaking to WWE The Bump, DDP revealed why he started using the Diamond Cutter triangle hand sign. He noticed that the hand sign was catching on, but the crowd needed a few more seconds to get ready for the big finisher.

“I don’t know what happened. I didn’t have the [Diamond Cutter hand sign] in the beginning I would throw it up and pull it down. I filmed every match I ever had and I had a camera angle I saw someone in the crowd hold up the sign and then take it down as I took it down, so I held it up for 3,2,1 and then I do the BANG, and it gave people more time to react to it. As I kept hitting them people would bounce out of their seats exploding and put [the hand sign] up, and due it was amazing.”

DDP gave credit for the original “outta nowhere” to Jake Roberts. He also spoke about how lucky he was to have Roberts and Dusty Rhodes as his mentors. Roberts gave DDP 80 hours of tape featuring his matches to help him out. DDP said he watched those 80 hours of Jake Roberts matches “many times.”