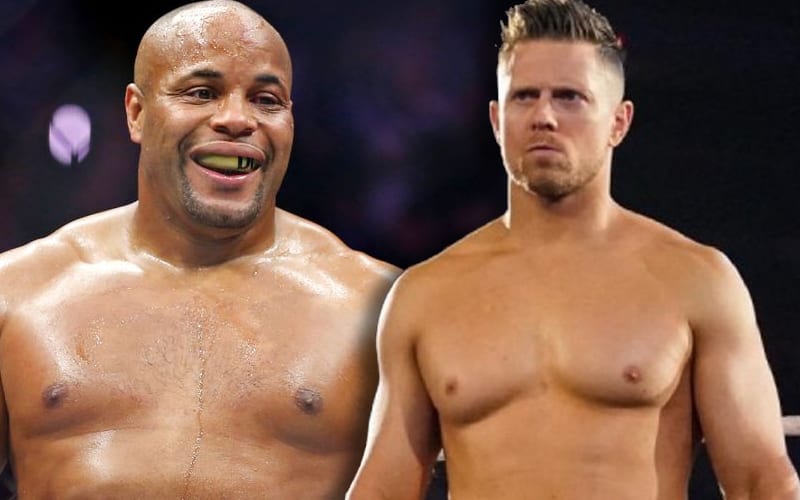 WWE is always looking for crossover athletes, but not all of them have what it takes to make it in the pro wrestling world.

While speaking to TMZ Sports, The Miz was asked about becoming a WWE Superstar and crossover athletes coming into the company. He praised Ronda Rousey, but he isn’t too sure Daniel Cormier can do the same thing.

“It’s very difficult, not many people are able to do it, not many people can be as successful as Ronda Rousey was. She came in and really did a tremendous job in just acclimating to our style of professional wrestling. She did a great job and if he can do that, that’s fantastic, but some people just can’t get it.”

When asked if Daniel Cormier has the charisma needed to become a WWE Superstar, he provided an interesting response: “It takes a little more than charisma to be a successful Superstar.”

The A-Lister then provided advice for DC or anyone else who wants to pursue professional wrestling. The best thing you can do is not quit.

Daniel Cormier is more likely to become an announcer on WWE television than a Superstar. He disclosed in the past that there were very early talks about coming in to work for WWE. We’ll have to see if that happens and if DC and The Miz can get to know each other a little better in the process.