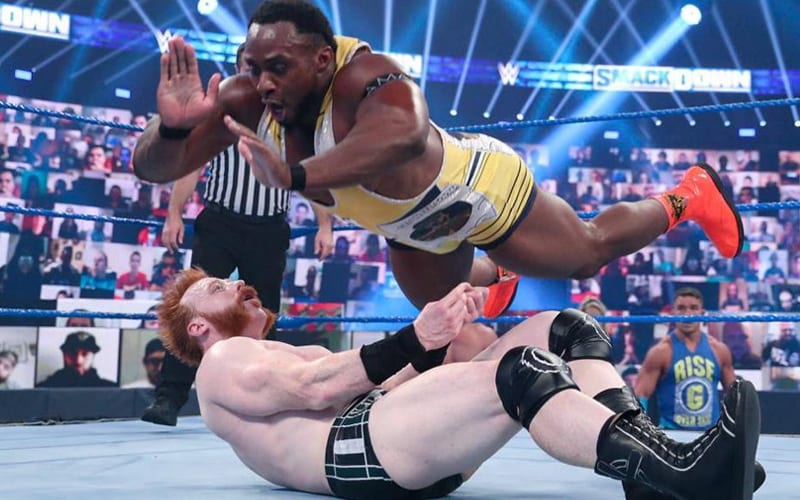 Big E is set for a singles push that could see a serious aspect of his character emerge. He has impressed a lot of people so far including Sheamus.

Sports Illustrated recently spoke with Sheamus about Big E. He gave the New Day member everything he could during their feud, and the intention was to show how tough Big E is.

If you ask Sheamus, Big E should be WWE World Champion. He certainly helped show that Big E is capable of way more than just cracking jokes.

“The world saw a different side of Big E [during that match], a guy that should be world champion. I hit him as hard as I could, and he hit me back even harder. That’s a credit to him. He brought it, and I still have the marks on my back to prove it.”

“My intention, as soon as I learned I was working with Big E, was to show he is a tough bastard. I wanted to show a side of him that no one had ever seen. We all know he can joke and crack people up, but when it comes to a fight, he can also hold his own against anybody.”

Big E was split from Kofi Kingston and Xavier Woods as part of the 2020 WWE Draft. The New Day might be split, but they will carry their banner on both brands now. The Power Of Positivity brought Big E this far and now his character will have another opportunity to evolve.