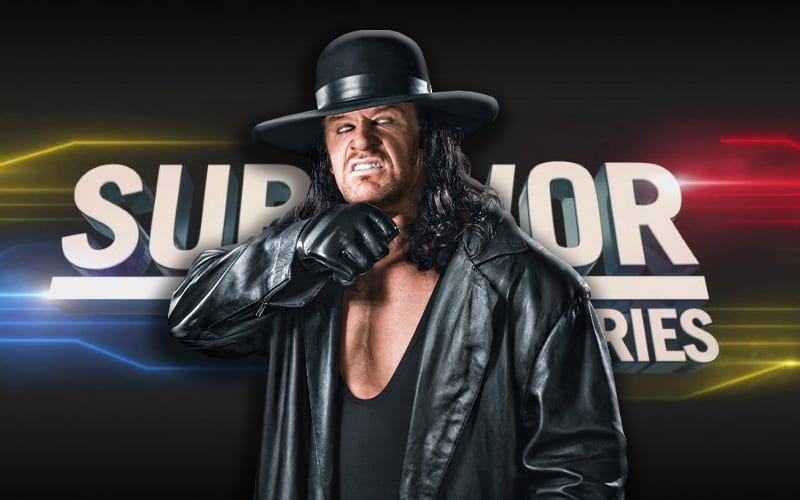 WWE’s next pay-per-view is October 25th’s Hell In A Cell event. The next show after that will be very special.

Survivor Series will take place on November 22th. The Undertaker’s 30th anniversary will be a huge part of the event according to Wrestle Votes. WWE might be wrapping the event around the Deadman, but there are no plans to have him compete so far.

The upcoming 11/22 Survivor Series PPV will be built around the 30th Anniversary of The Undertaker, including him making a live appearance on the show.

A source states as of now, The Undertaker will not be wrestling at the event.

WWE’s 30 Days Of The Deadman will coincide nicely with this theme. Survivor Series has zero matches book so far, but the rumor a month ago was the company had plans for a match featuring Retribution. That was, of course prior to them figuring out that Mustafa Ali is their leader.

The Undertaker might not be wrestling at Survivor Series, but WWE is going to do something special for him regardless.