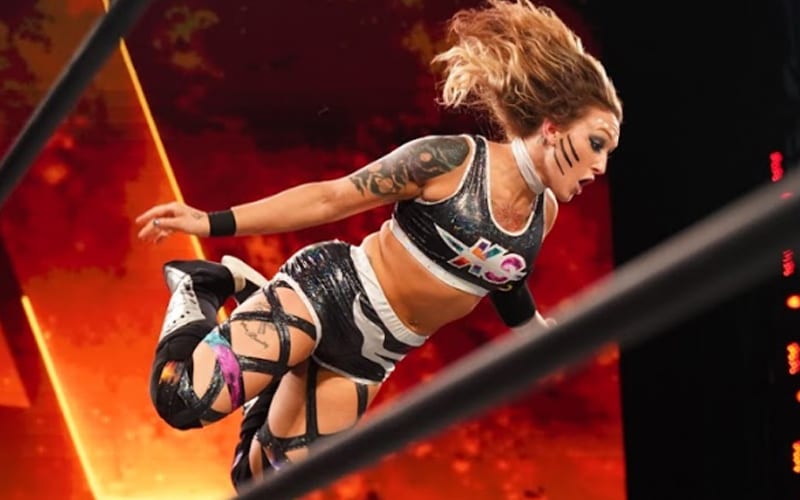 Kris Statlander injured her knee and she required surgery. Now she is on the mend, and getting better by the day. It could still be another eight months before she’s ready to get back into the ring.

Injuries in pro wrestling are tricky. A pro wrestler will often need to get ring rust off prior to returning to television. That sometimes adds additional time to someone’s hiatus from television.

While speaking to Wrestling Inc, Kris Statlander provided an injury update. It might be six months into 2021 before she can step back in the ring, and that doesn’t even guarantee that she’ll be on television that soon.

“I’m doing pretty good. I think from what I’ve heard overall is that I might be a little bit ahead of others where I’m at right now, but I still have a real long way to go before I can re-debut basically and get back in the ring before I’m debuting again obviously, and I’m going to want to be training a little bit before. So I’ll be able to get in the ring before you’ll see me back on TV. It could be another eight months or so.”

The AEW Women’s Division misses their resident alien. Statlander’s momentum was just starting to pick up steam when she was forced out of action due to this unexpected injury. June 2021 could be when Statlander makes a return to the ring, but you can never rush a return from injury.