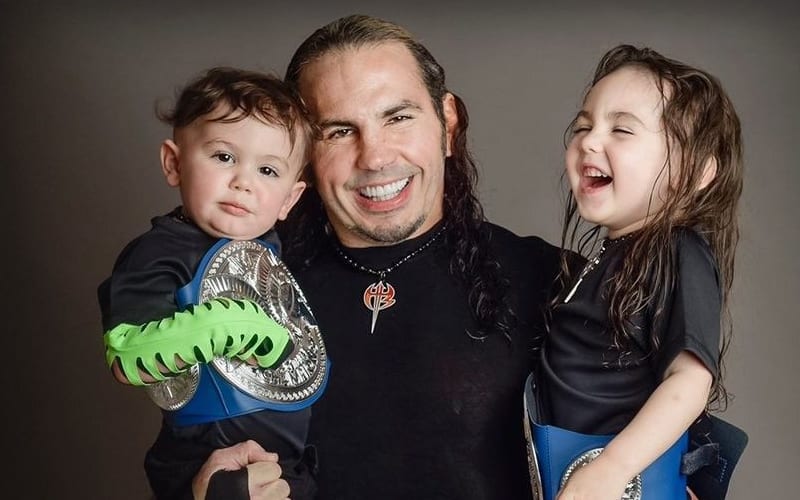 Matt and Reby Hardy have three sons, and it only takes two to make a tag team. Now they have an entire stable that can follow in their father and uncle’s footsteps. Private Party is already excited to show them the ropes.

Private Party found a great mentor in Matt Hardy. The three have teamed together in the past, but it seems that Private Party has their eye on facing Matt and Reby’s sons down the line.

Hardy tweeted out to ask fans who they were most excited about seeing in his new YouTube video. Isiah Kassidy of Private Party had a very interesting answer. Apparently, he already has his eye on facing two of Hardy’s boys.

“Baby Hardy Boyz” might not work as a name because they will eventually grow up. Then again, the Young Bucks’ name hasn’t changed at all as their characters continue to evolve.

We’ll have to see if Maxwell, Wolfgang, or Bartholomew will want to become professional wrestlers. They certainly know who to ask about it when the day comes to start their training.