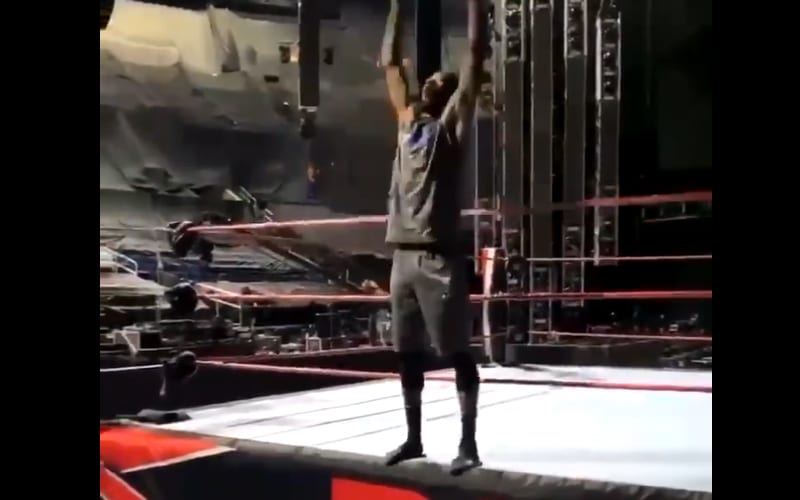 WWE took over the Amway Center which is where their ThunderDome resides. The Orlando Magic also call that arena their home and Terrence Ross was able to get a private tour before Raw this week.

Jon Alba tweeted out a video of Ross having some fun in the WWE ring. All Magic players are tested for COVID-19 prior to entering the building so that isn’t a risk. He was having a great time and living out some WWE fantasies.

Orlando Magic player Terrence Ross posted a video on his podcast Instagram of him rolling around in the ring at the #WWE ThunderDome at Amway Center. A #Magic official told me all players are tested for COVID before entering the building. Funny stuff. #NBA

WWE is always looking for their next big crossover athlete. There could be some possibilities with Terrence Ross in the squared circle. He defiantly looks comfortable and already has some poses down.