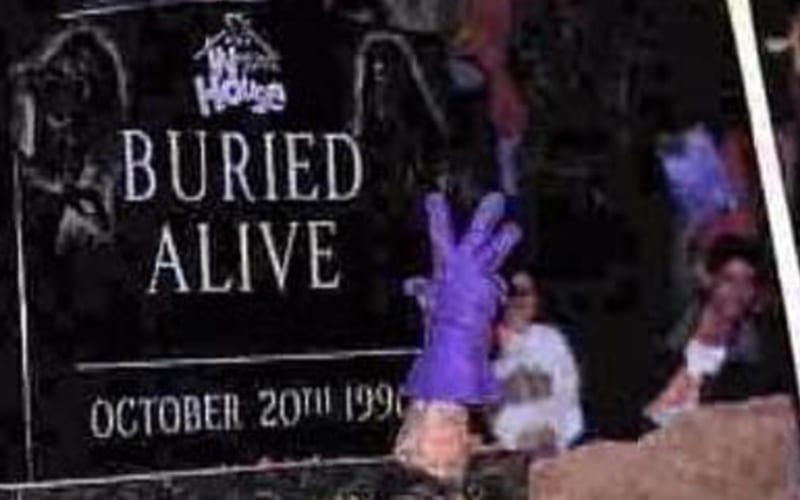 The Undertaker is celebrating 30 years in WWE and the company doesn’t want fans to forget it. They will reportedly build Survivor Series around the Deadman, and today is a very important day in his history as well.

24 years ago today, Mankind and The Undertaker battled in the first-ever Buried Alive Match. That concept stayed in WWE and they have done similar gimmick matches, but few sequels come close to matching the original.

Mick Foley tweeted out on the 24th anniversary of that match. He said that the tombstone WWE used was real and it’s still in the warehouse. It was a famous moment in WWE history which saw the Undertaker lose thanks to Paul Bearer and an army of heels banding against him to help Mankind.

The company is honoring that classic match with a new t-shirt as well. The Buried Alive match is represented in creepy detail as it also listed the date, October 20th, 1996 on a tombstone complete with the Deadman’s hand coming out of the dirt.

You can check out the new merchandise below along with the entire match which were were able to locate online.