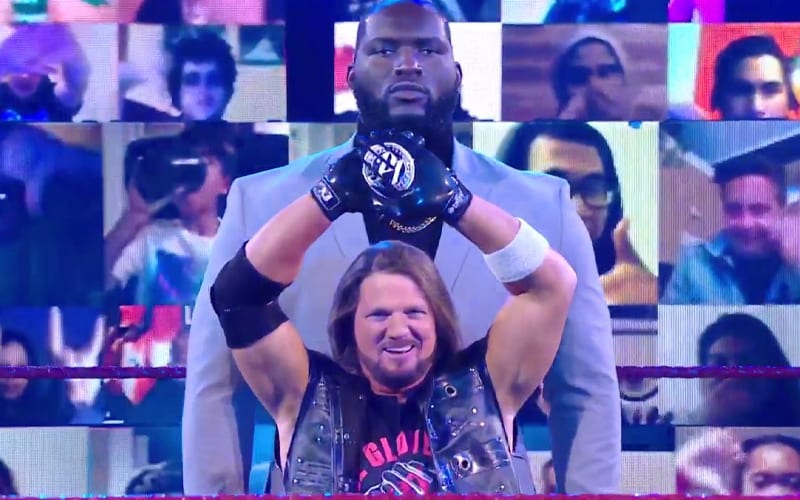 AJ Styles introduced Jordan Omogbehin as his new bodyguard this week on Raw. Omogbehin was previously featured on Raw Underground as Shane McMahon’s bouncer, but now he has a new role.

Jordan Omogbehin is a Nigerian basketball player turned pro wrestler. He was a college player at the University of South Florida and for Morgan State University.

Omogbehin came into the WWE Performance Center in the same class as Mia Yim, Matt Riddle, and Damian Priest. He was largely kept off of NXT television. He also appeared as the very tall ninja in Akira Tozawa’s army of ninjas.

It was previously reported that WWE was putting Omogbehin at AJ Styles’ side as his bodyguard. Now the big man has a weekly role on television.