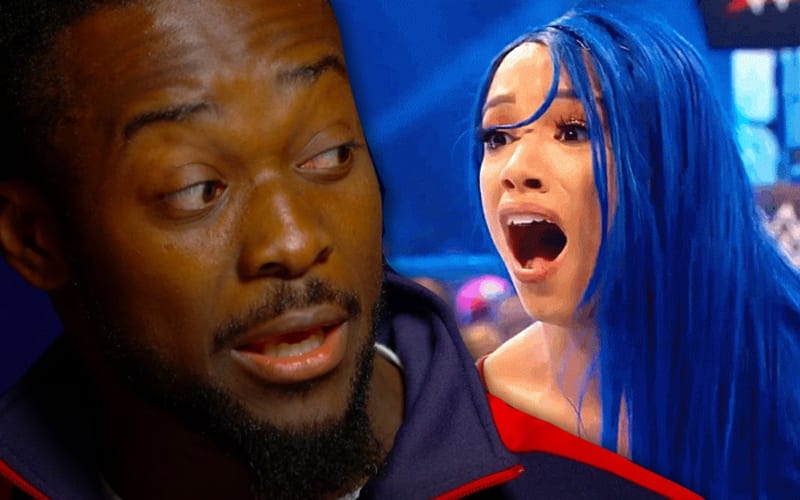 Sasha Banks was a huge fan prior to coming to WWE. Some fans want to get so close to the action that if they see an empty seat during a show they’re taking it regardless of what their ticket says. This practice got The Boss in a very awkward situation.

During The New Day: Feel The Power, Sasha Banks revealed that she once accidentally took Kofi Kingston’s family’s seats. His mother was not very happy about it, and Banks was super embarrassed by the situation.

Banks said “I was so scared” while Kofi belly-laughed at this incredibly awkward story. “She was cussing you out!” Kofi excitedly said. “I didn’t know she turned up on you though, that probably would be the situation that she would turn up.”

It was a good time had by all in retrospect, but Banks didn’t love the experience at the time.

It just goes to show that you should probably stick with the seats on your ticket stub.