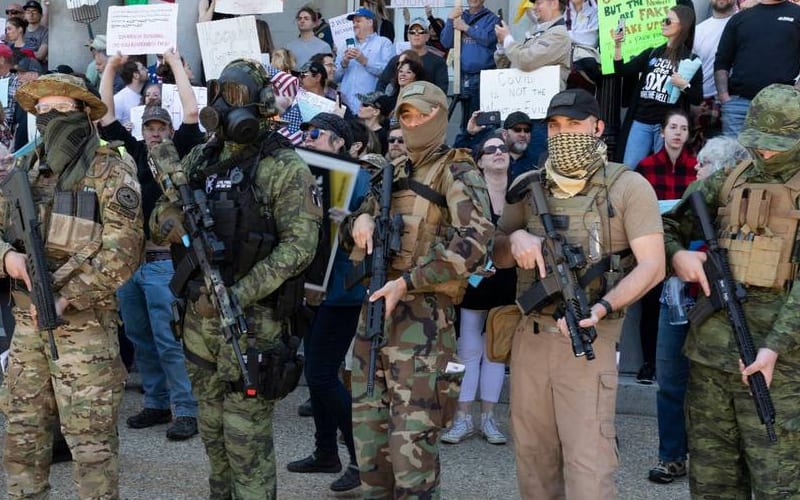 There is a lot of pro wrestling merchandise out there, and some of it doesn’t hit home with every fan. One fan recently asked others to throw out their choices for “the worst shirt” they can find on Pro Wrestling Tees and one reply drew a controversial response.

Garrett Bischoff is a semi-retired pro wrestler, and his merchandise was called out by a fan in this thread. His shirts include the logo for the Three Percenters, a far-right militia group.

The merchandise appears on Pro Wrestling Tee’s official website and another website owned by the same company One Hour Tees called BelowTheCollar. This tweet generated quite a response already and is gaining traction.

According to Wikipedia, the Three Percenters are an “American and Canadian far-right militia movement and paramilitary group. The group advocates gun ownership rights and resistance to the U.S. federal government’s involvement in local affairs.” Garrett Bischoff currently has 5 shirts available on BelowTheCollar, and they are all of the same theme.

You can check out the Twitter thread that started this conversation below as well as a screenshot which shows off the controversial merchandise.