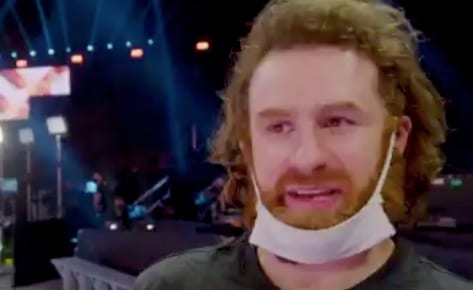 While Sami Zayn may believe the WWE is battling against him in his mission to reach the top of the company, he is being given a big spotlight as he continues to thrive with the Intercontinental Championship over his shoulder.

He was able to finally outright capture the title during his ladder match with AJ Styles and Jeff Hardy at Clash of Champions, proving that he can still produce the goods in the big matches.

After WWE released a short documentary about the event, Zayn gave the company some rare praise on social media.

While he may be playing the role of a fantastic heel right now, it still feels as if there’s a lot of potential in Zayn becoming one of WWE’s top babyfaces in the future.