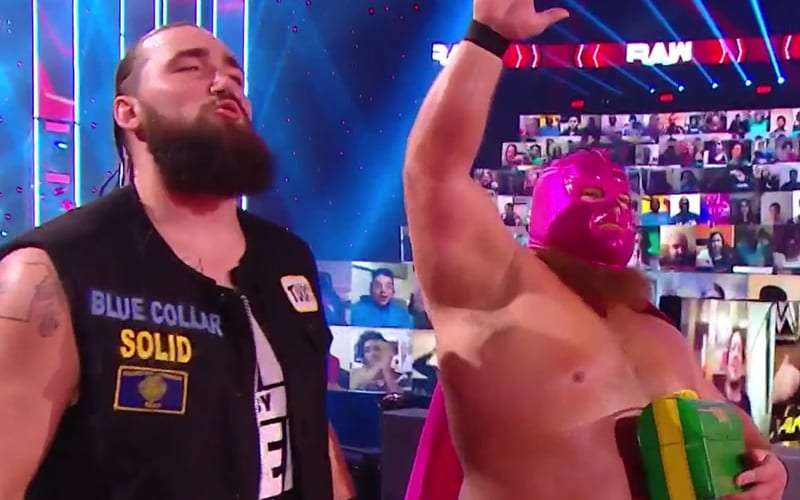 WWE split up Heavy Machinery during the WWE Draft, but they found a loophole.

Tucker is not now on Raw along with Miz and John Morrison. They challenged Tucker to a tag team match this week and told Tucky to find a partner. He found a good one.

When the time came, Tucker introduced his tag team partner who he searched for “all over the globe.” Then he brought out El Gran Gordo who was Otis in a pink mask, cape, and trunks.

Tucker and El Gran Gordo rushed the ring and they ran The A Lister and Johnny Drip Drip out off prior to starting their tag team match.