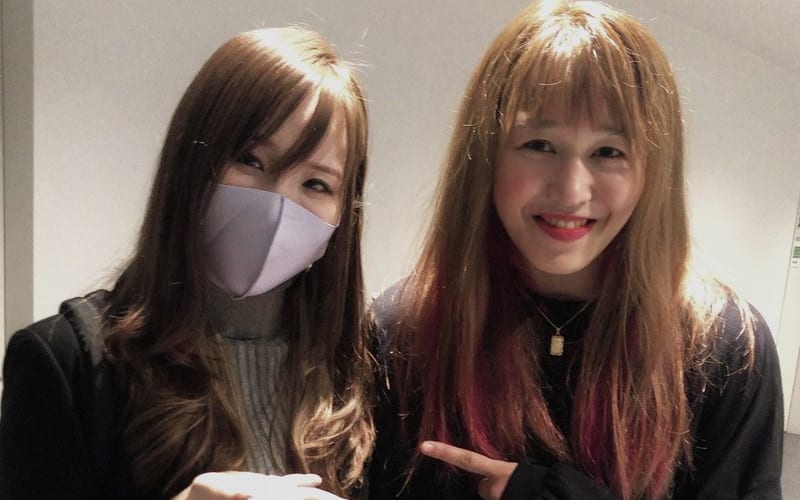 Kairi Sane said that she is staying with WWE. She loves the company, and they were able to keep her under their umbrella while she still got to go back to Japan. WWE doesn’t have any events running in Japan right now, but Stardom does.

Syuri Kondo tweeted out a photo of herself with Kairi Sane. The Pirate Princess stopped by STARDOM’s Yokohama Budokan Cinderella Tournament show. In a tweet translated from Japanese, Kondo said how great it was to see Sane again.

The photo taken together at the Stardom Yokohama Budokan Tournament

Kairi tweeted back a reply which translates to: “The passion, appearance, and perfection of the body in the eyes of Shuri … I was fascinated by everything. I’m looking forward to seeing you again.”

We’ll have to see what Kairi Sane does for WWE while in Japan, but she is getting out there and seeing some old friends in the meantime.