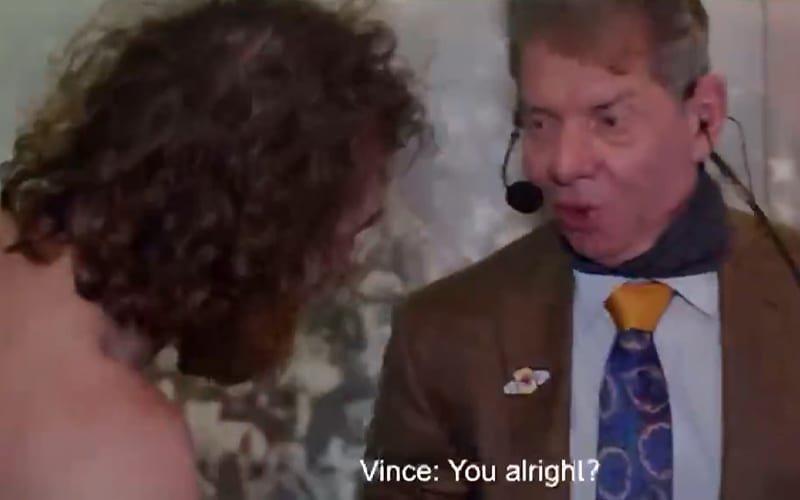 Sami Zayn pulled down the IC Title at Clash Of Champions Gold Rush in a match that many fans regarded as the best the company put forth in the ThunderDome so far. Following his big match, Zayn received quite a welcome backstage.

During the new WWE Network Day Of special, they let fans behind the curtain during Clash Of Champions Gold Rush.

Zayn was marked up from that ladder match, but he was very happy. He received congratulations when he walked through the curtain, and then he spent a moment with Vince McMahon.

Vince asked Zayn if he was okay, which he was. McMahon said “that’s the most important thing.” Sami Zayn then thanked Vince McMahon for the opportunity a few times. This was a big moment for Sami Zayn, and as he left Vince McMahon told him it’s time to “get to work.” Zayn agreed.

This was an interesting look at the behind the scenes that fans rarely see. You can check out the video below.